An Invitation to DANCE 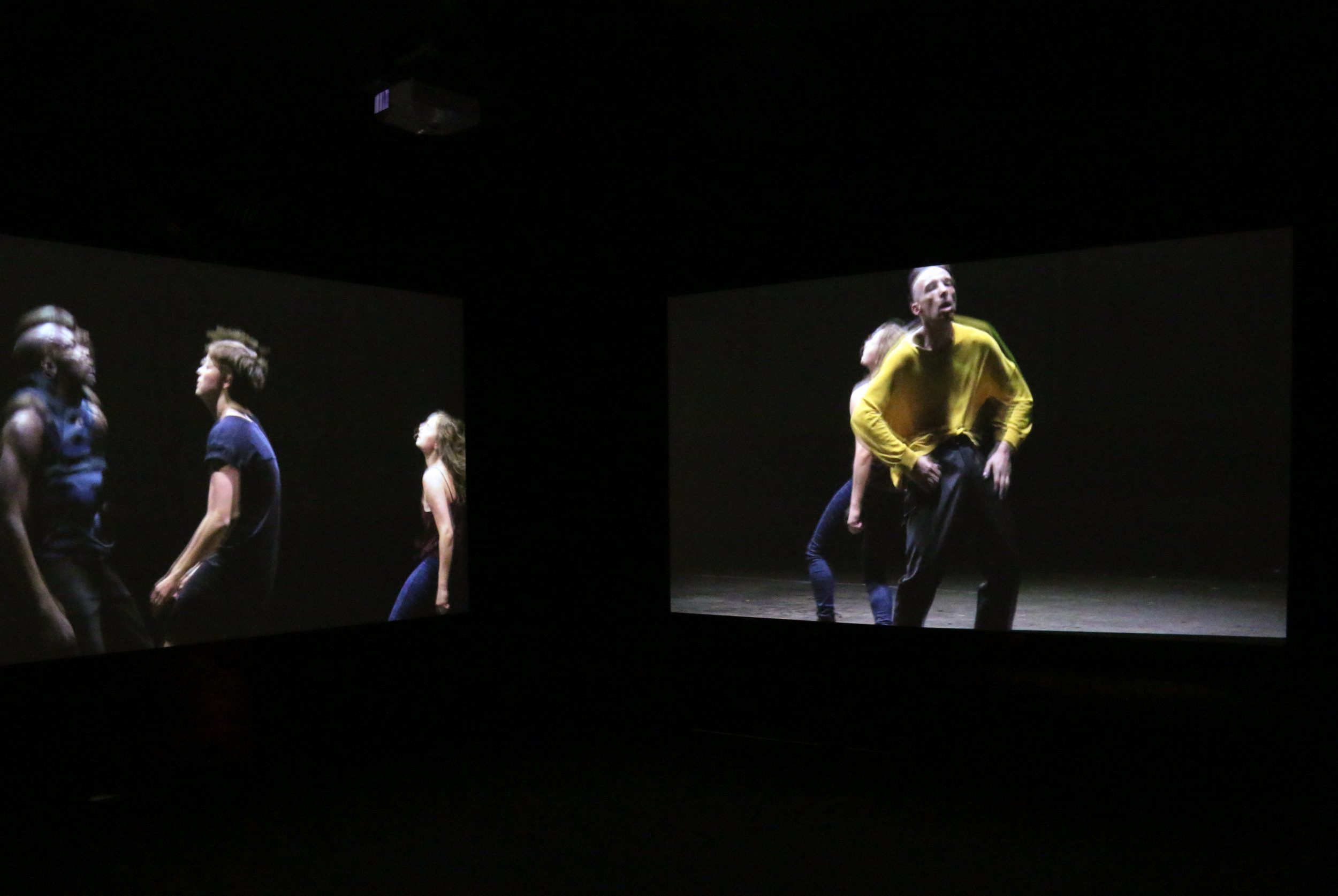 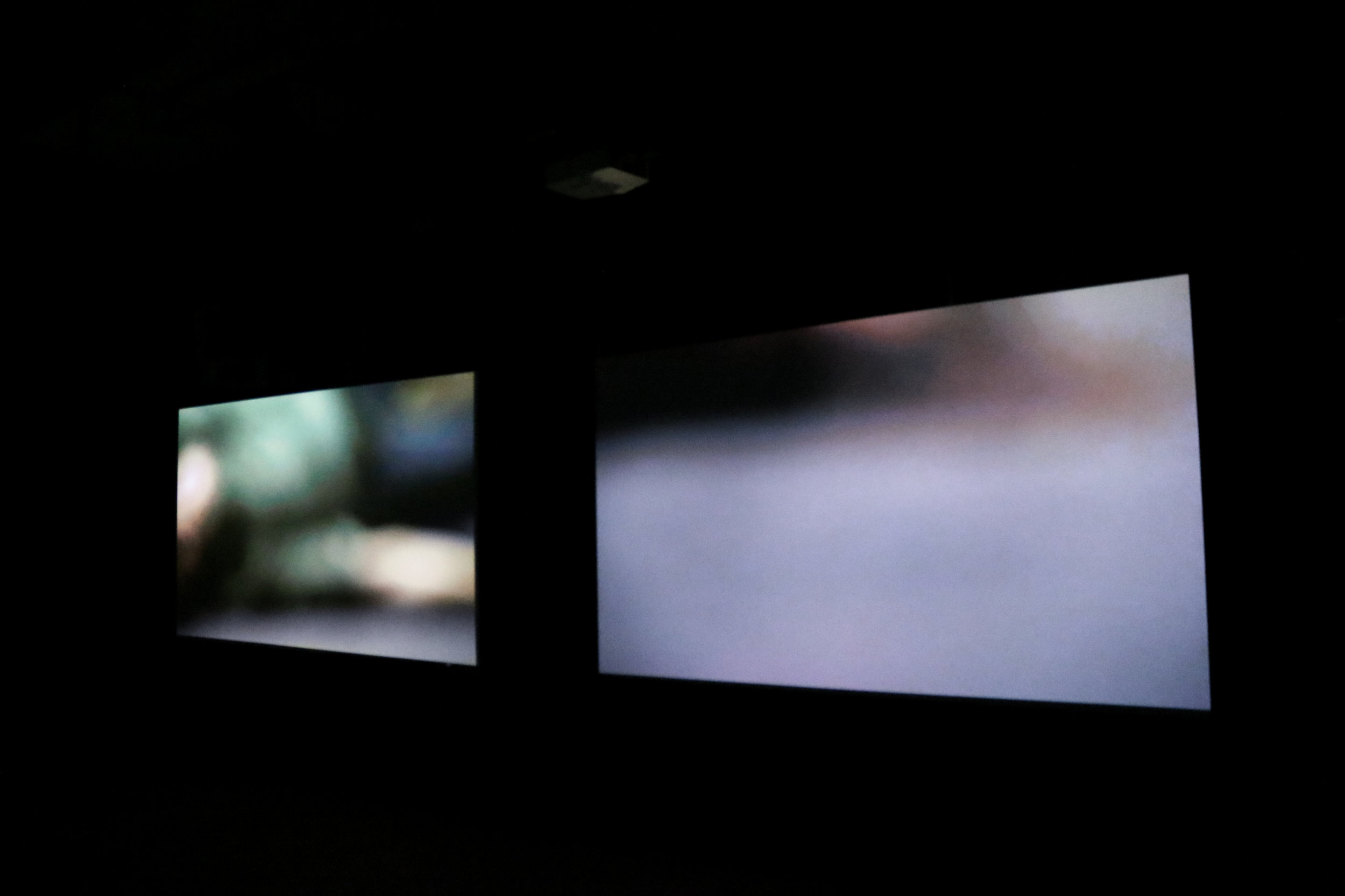 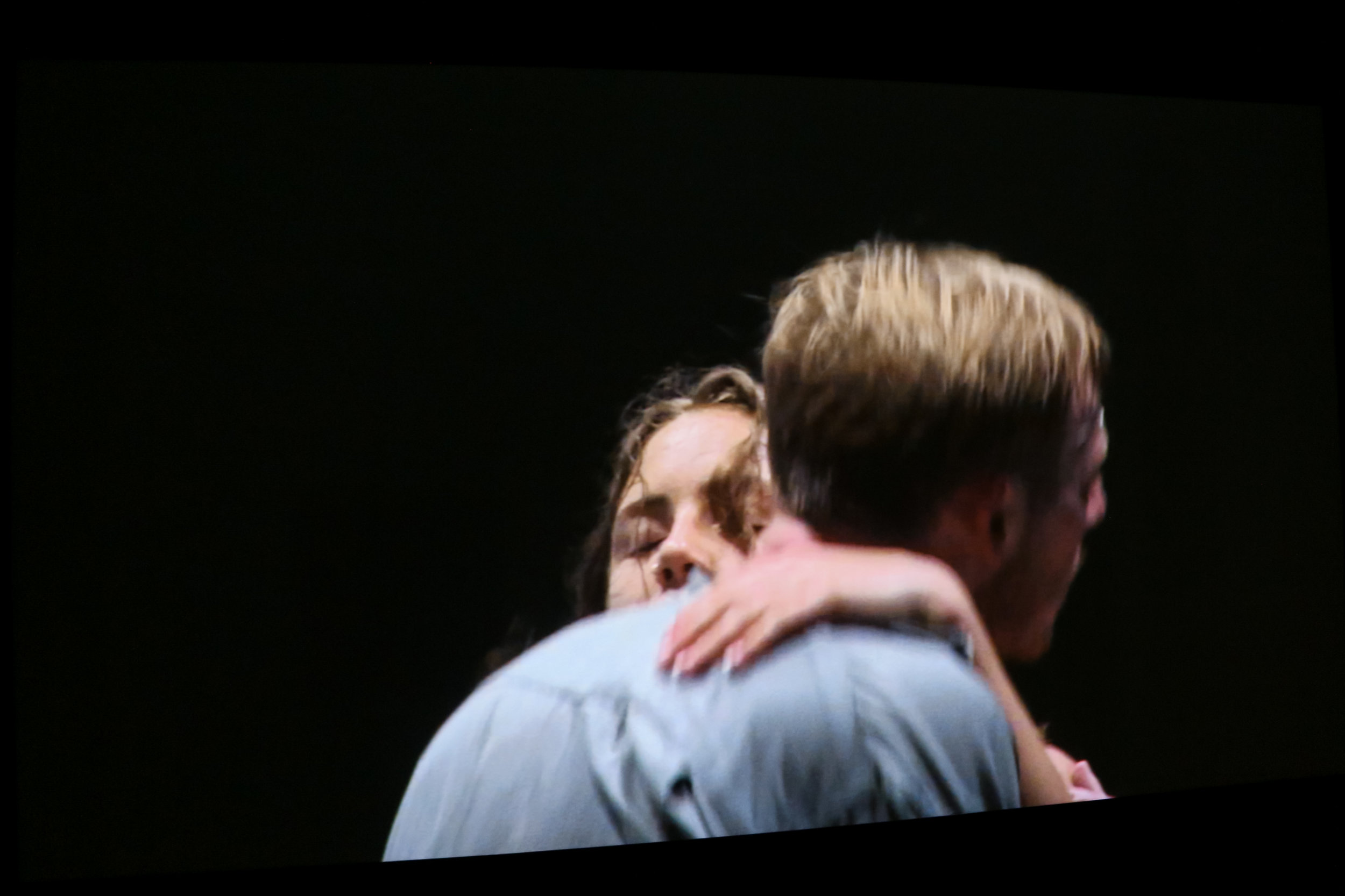 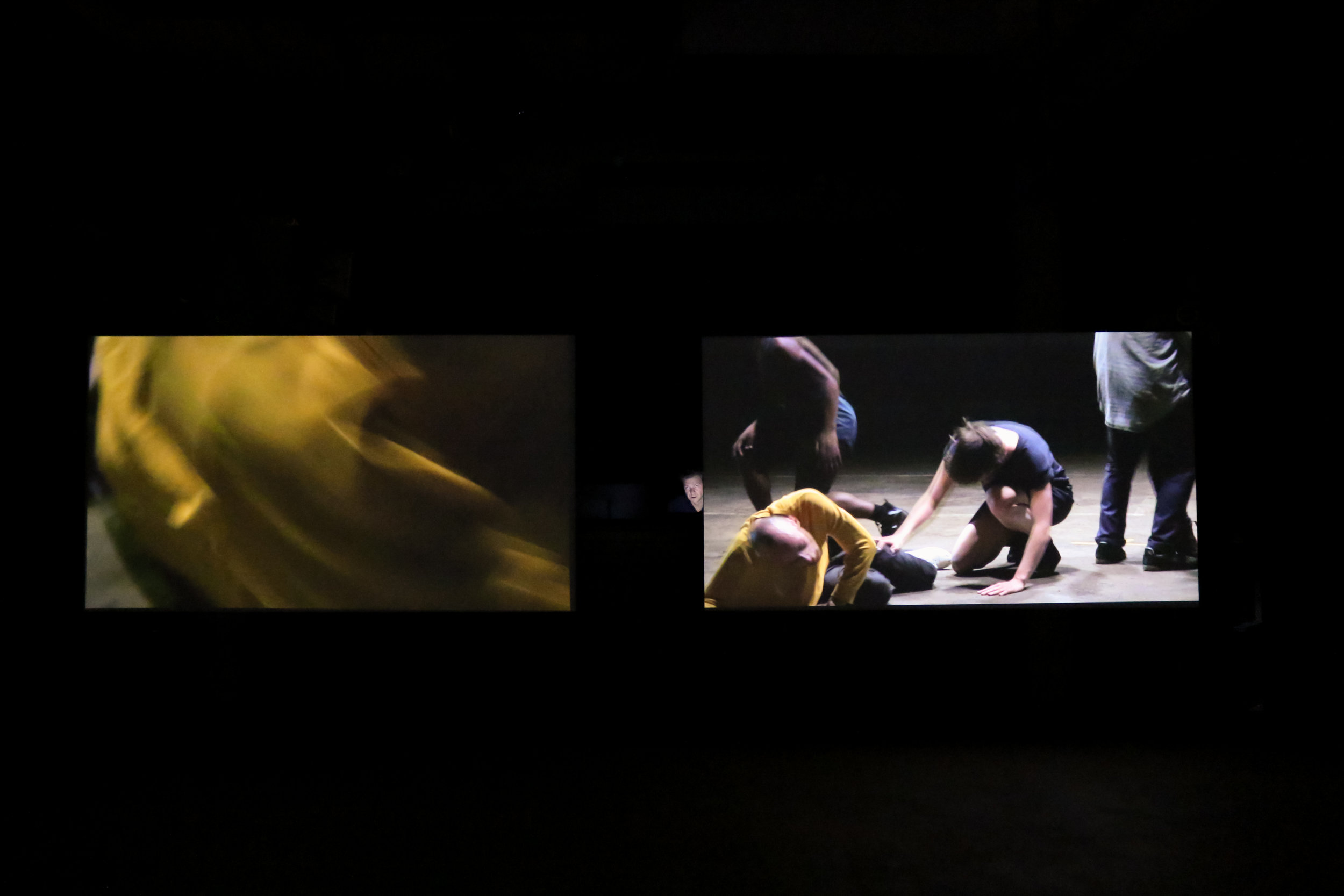 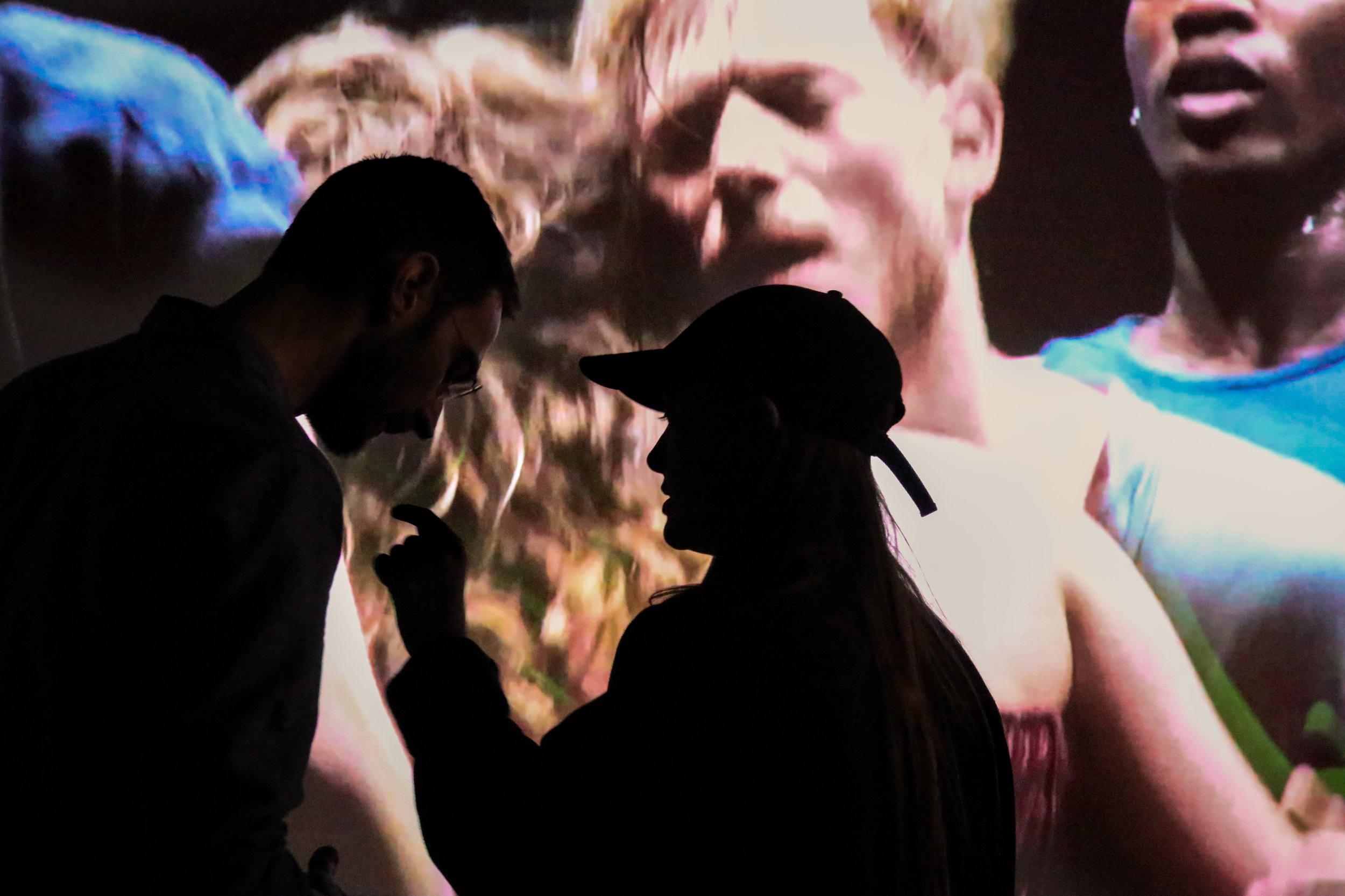 An Invitation to DANCE

Information on the project

The film installation An Invitation to DANCE has no surroundings, no notion of time. There are five bodies present, five individuals, coexisting. Their unstoppable dancing reveals the human condition. They form an autonomous world, which follows its own rules. In this dance arena visitors are invited to join the dance.


An Invitation to DANCE is a study on the cinematic experience of dance. On five screens moving images are projected, generated by software in an ever-changing assembly of dancing bodies, all caught in a trance by the endless pulsations of the musical beat. In the closed off installation, the visitor becomes part of the intimate world of the dancers and is invited to dance alongside them.
The changing position of the visitor determines her or his gaze on the work. By the far-reaching cinematic deconstruction of dance in realistic, poetic and abstract images, while on all screens the unity of time, motion and space of the choreography is preserved, the spectator can create by looking, hearing, moving, associating and fantasizing his or her 'own' narrative: the public becomes co-author of the work. In here lies the essence and uniqueness of this situated, cinematic experience of dance.

Noud Heerkens: 'At a young age, I started observing the facial expressions and body language of people around me. I hoped that it would reveal what people truly thought, so I could prepare for what was to come. The fascination with the body and what a body can tell, stuck with me. Not only through my dance films, but also through my experimental work and fiction films.'

Loïc Perela: ‘I aim for the choreography to become merely the carrier of something greater: a sense of shared experience between human beings, being both the performers and the audience members.’

From an interactive concept to a generative artwork.

The installation An Invitation to DANCE is the outcome of the research of Noud Heerkens to the cinematic experience of dance. Initially Heerkens opts for an interactive installation in which the visitor, by moving through space, determines the images on the screens. During public test moments the concept of interaction in the context of this installation rises the wrong expectations; namely that the work is about understanding an interaction scenario. In order to keep the concentration on the experience of dance the direct 'physical' interaction (between spectator and installation) becomes during the research process smaller and smaller. Instead the software is redesigned to generate images along an autonomous ‘assembly’ process. By moving through space, shifting gaze and through focusing the visitor 'edits' the sequence of images and thus the experience of the dance. Accordingly the acting body and the associative brain influence the character and intensity of the experience, regardless whether the position of the user affects the edit. The interactive concept being a starting point for Heerkens research, eventually leads to a 'generative' artwork. The intended physical interaction has given way to a 'mental' interaction.

In the short film An Invitation to DANCE there are five dancers present, five characters. Stirred up by the beat of the music they sometimes connect, assemble a group but always end up on their own. Their unstoppable dancing reveals the human condition. While the installation is a spatial narrative, the dance film distinguishes itself through its dramatic and choreographic storyline.

Noud Heerkens is an independent filmmaker, teacher and occassionly curator and producer. After breaking down his study architecture at the University of Technology in Delft from 1978 Heerkens concentrates on making films and installations, following workshops at EAVE and the Binger Institute. In his filmprojects he likes to investigate the limits of the medium film and the cross-over between film and other disciplines. Heerkens poses that one of his themes is the solitude of post modern man. This does not imply an unambiguous attitude of cinematic approach. Rather he difines the world from multiple perspectives, roles and diverse experiences. In fact Heerkens himself as a maker is a carrier for a series of approaches and experiences. And just the whole of its work reflects his view on the world. Heerkens received international recognition for, among others, his films 'Re-action in A' (1979), ‘Man in Motion’ (1985), ‘Privat Story’ (2000), ‘Last Conversation’ (2009) and NOL KING RUTER (2012).

NOL KING RUTER (2012) was the third and last dancefilm Heerkens made with choreographer and dancer Ton Lutgerink. It had his Dutch premiere at the IFFR and the international premiere at the Clermont-Ferrand Filmfestival where it was selected as ‘Best of the Clermont-Ferrand Film Festival 2013’. In March 2018, the multiscreen media installation ‘An Invitation to DANCE’ premiered during the 15th International edition of CINEDANS at the EYE Filmmuseum in Amsterdam. In 2019 it was shown at exhibitionspace TENT in Rotterdam.

Heerkens’ films and installations where shown on various national and international platforms. Most of his films are part of the collection of the Dutch Filmuseum EYE. The works belong to different genres: the experimental film, the dancefilm, the roadmovie and media art. 
For An Invitation to Dance we interviewed some of the dancers and crew members about their experience during the filmshoot and their relation to dance, the body and the camera. Click here! to listen to the quotes from Fabian, Jos, Rob, Marleine, Jeroen and Merijn. The full interviews will follow.

An Invitation to DANCE is a special collaboration between various organisations in art and education: Dansateliers and Cinedans offer their network and expertise in performative dance, publicity and the distribution of the installation. V2_Lab for the Unstable Media are involved with software development, testing, and design. The research group "Mensgericht Creëren” (“user-based creation”) of the Centre of Applied Research for Art, Design and Technology at Avans University of Applied Sciences is partner in studying how visitors experience the installation and behave in it.

For more information about installation and film, feel free to contact
Noud Heerkens,stichtingpicos@planet.nl